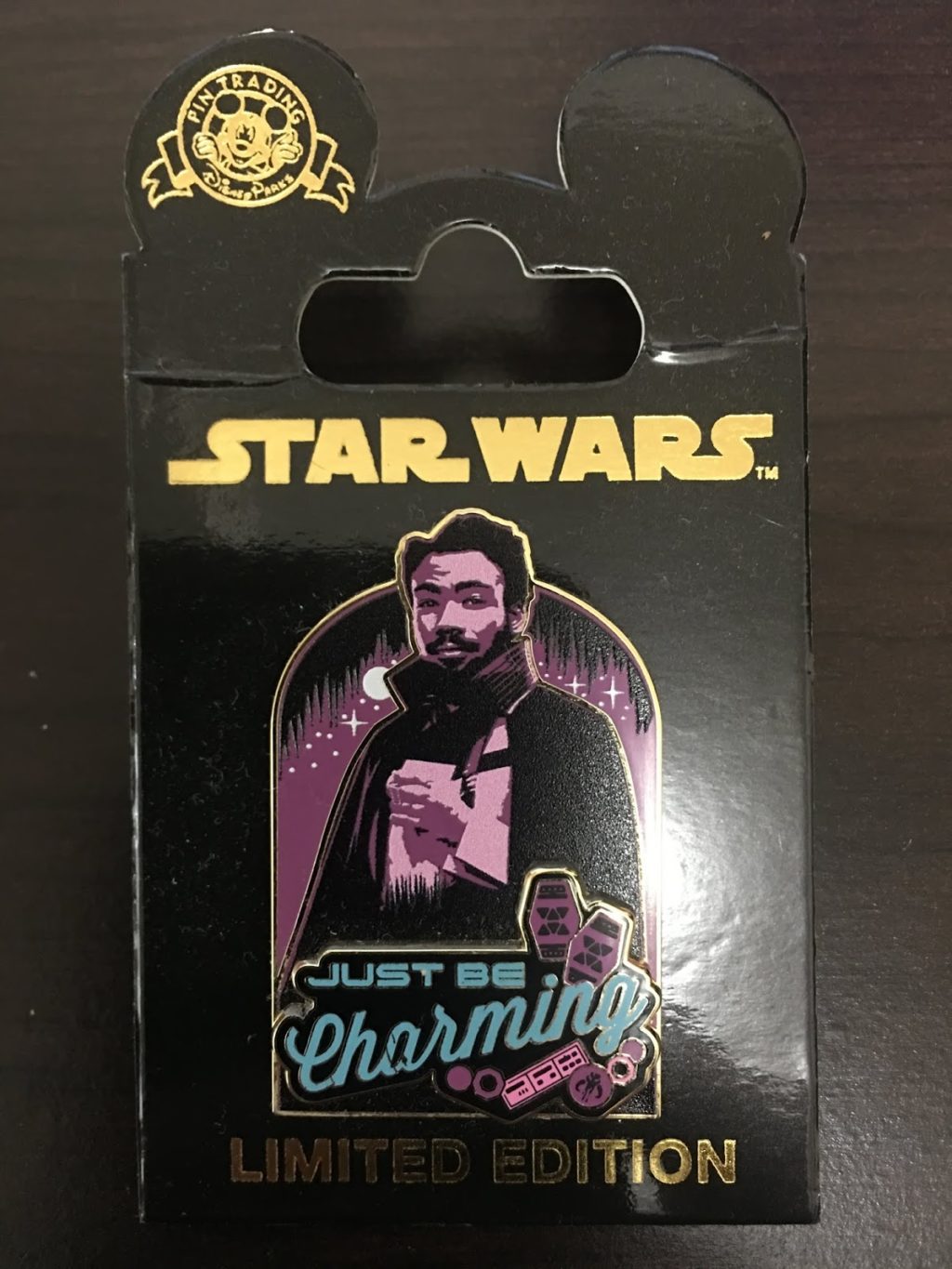 Recently I was at Disneyland and I saw this young Lando pin. It resonated so strongly and immediately that I had to buy it. In context of Lando’s character as a swindler or scoundrel, being charming isn’t necessarily a good thing because there were definitely cases where he was seeking to put people at ease when he was cheating them. Just because Lando may have used the principle on occasion to cheat people, however, doesn’t make the principle itself bad.

How it resonates personally

Note that I’m not recommending suppressing whatever you’re feeling. Your friends should be there to handle your feelings. But, while your friends will be happy to hear about your terrible day, they also aren’t a dumping grounds for your feelings. There needs to be a give and take because your friends need to feel that you care for them and hear them to make them happy to listen to you. If you make sure to be charming whether you’ve had a great day and the charm is honest or you’ve had a bad day and have to put on your charming face, you’ll find your friends, your colleagues, and your clients will be in a place to listen to you when you need them to.

Another reason that this resonates with me right in this moment is that I get frustrated easily and quickly. While there are many reasons that I might be easily frustrated in the moment, I need the reminder that I need to be charming with everybody in my life. Not as a way to get something from them but as a way to lessen strife that I might be liable to cause if I don’t put on my charming face.

Now, the next concern is whether I have the emotional energy/capacity to be charming. When I’m tired, have had a long day, am frustrated in general because of something that happened during the day, and just want to rest I STILL have to be charming with those around me if I want peace and well being for everybody in my home and family.

How it resonates professionally

In professional situations the pin reminds me that I need to work with my colleagues in a way that everybody comes out ahead in whatever situation we’re in. Everybody has different opinions and, in some cases, I am going to have to talk somebody into changing their opinion. There are many reasons for this including:

In these situations being charming can go a LONG way toward changing their opinion. Nobody wants to deal with somebody who is arrogant regardless of how much they know. And, when the person whose opinion you’re trying to change is being obstinate, knowing how to be charming with them can help turn their opinion toward what you’re recommending. I know that this is very broad and doesn’t deal with specifically how to be charming with somebody. That’s a topic for a much longer post or, better yet, a book.

EDIT — After re-reading this post, I forgot to talk about what happens if I’m the one who is wrong, so here it is:
This also works when I am the one whose opinion needs to change. If I find myself in a conversation where I thought I was right and it turns out I’m not I need to be open minded enough to accept what I’m being shown. This is yet anther case where I may have to force myself to be charming if I’m frustrated and maintain it until I can be honestly gracious about changing my opinion.

Conclusion for the day

Nobody wants to deal with somebody who’s frustrated let alone with me when I’m being obnoxious. If I can use this pin as a reminder to pause, take a breath, and reassess the situation I’m in, I think we’ll all come out ahead.

Opt-out complete; your visits to this website will not be recorded by the Web Analytics tool. Note that if you clear your cookies, delete the opt-out cookie, or if you change computers or Web browsers, you will need to perform the opt-out procedure again.

You may choose to prevent this website from aggregating and analyzing the actions you take here. Doing so will protect your privacy, but will also prevent the owner from learning from your actions and creating a better experience for you and other users.

The tracking opt-out feature requires cookies to be enabled.